So, I’m eating healthy, which means no processed sugars, but I wasn’t about to skip this important day! Solution: Homemade Vegan Protein Ice Cream! I made in both Chocolate Banana and Strawberry Banana flavours! They are both absolutely delicious! They have the consistency of soft ice cream. Considering the fact that I don’t really like ice cream, and I really loved these, that says a lot! And they were so easy to make! Y’all should definitely try them! My non-vegan family even loved them!

Whether you have regular ice cream or vegan ice cream, enjoy your Ice Cream Day!

This post really has no point, but it’s still true.

It’s been almost a year since I last blogged! Where did the time go? It’s seems like so much has happened in these 12 months, but then it’s seems like nothing did. Is that weird?

Let me give y’all a quick rundown of what my life has looked like since you last heard from me.

As y’all may remember, I mentioned that I was doing volunteer work. I will now say that it was for a presidential campaign, and the campaign was too short-lived for my liking, obviously.

I then volunteered for a start-up faith-based organization, but I had a few disagreements with them and moved on.

After that I volunteered for another presidential campaign, for exactly 3 months, before that campaign too came to an end. I have my suspicions that I’m bad luck. Haha!

That was about 3 months ago, after that I once again refocused on spending my extra time crocheting hats and scarves for our Troops.

So, you see why I say it’s seems like so much, but yet nothing at all has happened? It seemed like a lot while it was happening, but condensing it, makes it seem trivia

Hoping to catch up on all my lovelies blogs, soon………and stay caught up!

Hey, y’all! I know it’s been over a few months since I’ve blogged, but I’ve been a bit busier than usual. My volunteer work has become more in the last couple of months, and it won’t be slowing down anytime soon. I wouldn’t want it to, cause then that would mean we didn’t reach our ultimate goal, and that would just be bad for everyone! But, I love my volunteer work, so I happily do it, even if it means that it takes up most of my time.

Alright, when I’m not “working” I’m usually watching something while crocheting. My brother got Amazon Prime which allows one to watch certain films or shows for free, and he is letting me use it!  I’ve just got to say that its fabulous! I’ve gotten to watch a few films I’d been wanting to see! But, I’m mostly watching tv series’. I was watching Downton Abbey, and I enjoyed it until the fourth season, then I started to not like some of the things that were being said. I mean, if I wanted to watch something  set it modern times, I would have! So, instead I decided to watch a series called Suits, and that one did not disappoint! I love it! Who would have thought a show set in a law firm would be very interesting? But it is!

And then my brother surprised me with this!

The complete 4 released Seasons! The 5th Season is currently airing and they renewed it for the 6th Season! So, I see at least two more Seasons of Suits in my future!

And I’ve just got to say how much I need to find myself my own Harvey Specter!

Another series I found on Amazon Prime was Covert Affairs! It’s great! I really enjoy all that spy stuff. I just can’t believe they cancelled it after the 5th Season. That was a total bummer. My favorite character was Eyal Lavine, he was great! Always made me laugh.

I’ve started watching the Series Grimm, finished the first season and enjoying it so far.

In other news, I had a birthday a couple of months ago.

Here are some of the gifts I received from my family.

Modern Manners, I’ve been wanting this one for a while!

The Nikki Heat series! This will take me several months to read.

I got a few other things too, but those were presidential campaign items, so I won’t post them here.

They were all great gifts!

That’s pretty much describes what’s happening in my life right, of course there is more, but I’m not willing to discuss that.

I don’t see myself blogging again in the near future, but you never know. I could surprise myself.

So, I thought it would be quite appropriate to share this biscuit recipe you all! I’ve been meaning to share it for some time now, I just never did.

These are the best biscuits ever! They are ever so soft, and very easy to make!

I will be making some later! Hopefully you will too!

If you do try them, let me know what you think of them.

This is a butterfly I crocheted for my Mum.

She liked it, and wants me to attach it to a flower bouquet I crocheted for her last year..

So, I got it into my head that I was going to make oat bars. I had an idea of what I wanted to put in them, but an idea and reality are two very different things. But, for once the way I imagined something tasting, was just how it tasted when I was done making it!

They were really good! And almost completely raw, so most the nutrients are still there!

These must be chilled before you cut out the bars. The reason for this is the coconut oil and almond butter to harden, that way you don’t end up with crumbly bars. These must also be kept refrigerated, for the same reason just stated.

I added sea salt to mine because I like the sweet-salty flavor, but you can leave this out if you like.

Alright, these are all the little tidbits I can think of. Now to share the recipe with you all!!

If any of you try the recipe, let me know if you like them! 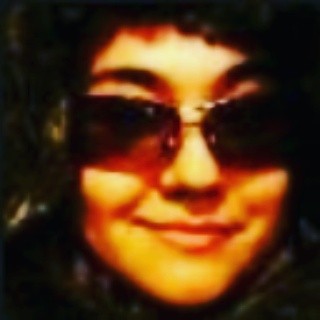 Hi! You can call me.....Abigail. I’m a young lady in my late twenties. I'm a vegetarian. I enjoy reading, crocheting, baking. I hope you all enjoy my blog. Peace and Blessings.....

A journey into the past

A Moment of My World
Create a free website or blog at WordPress.com.